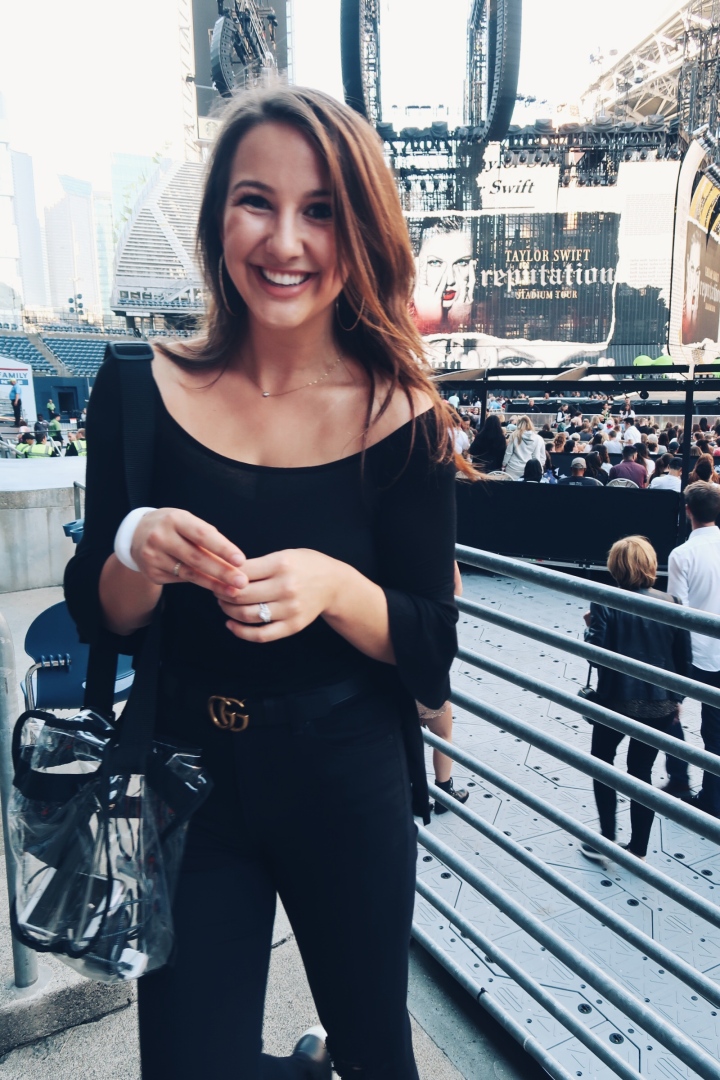 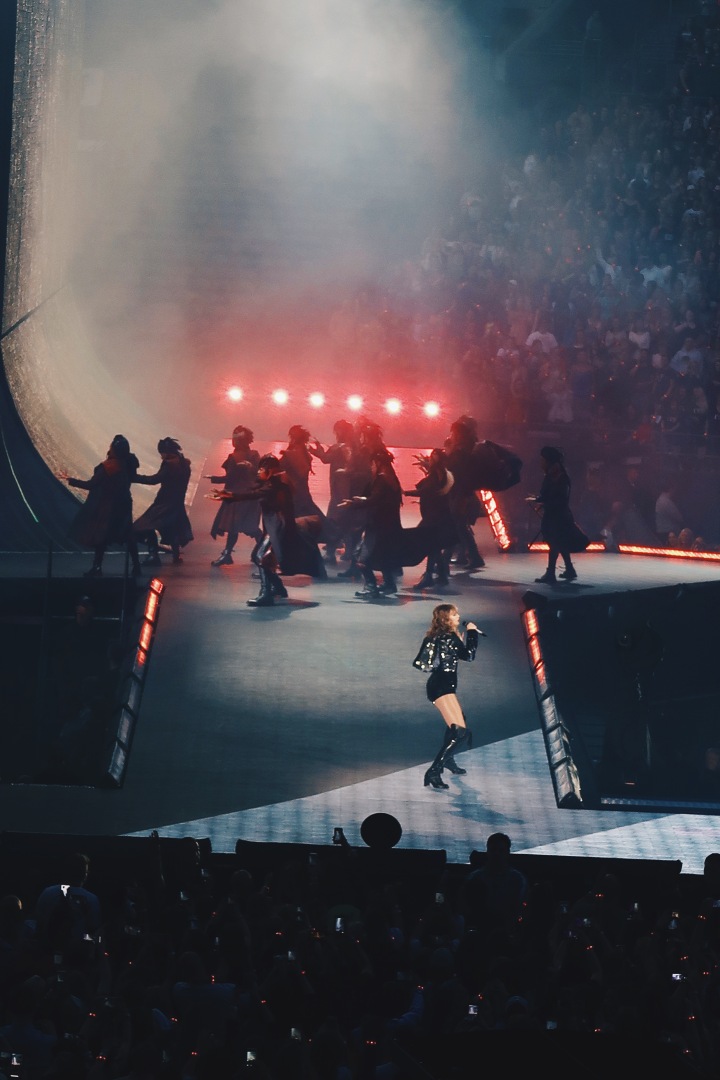 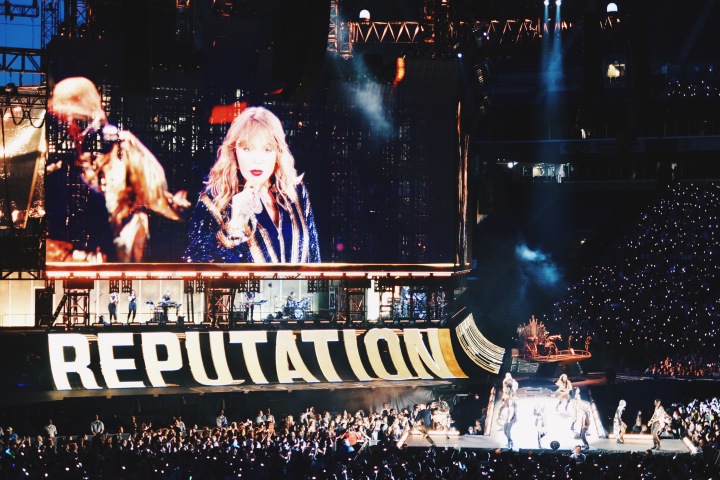 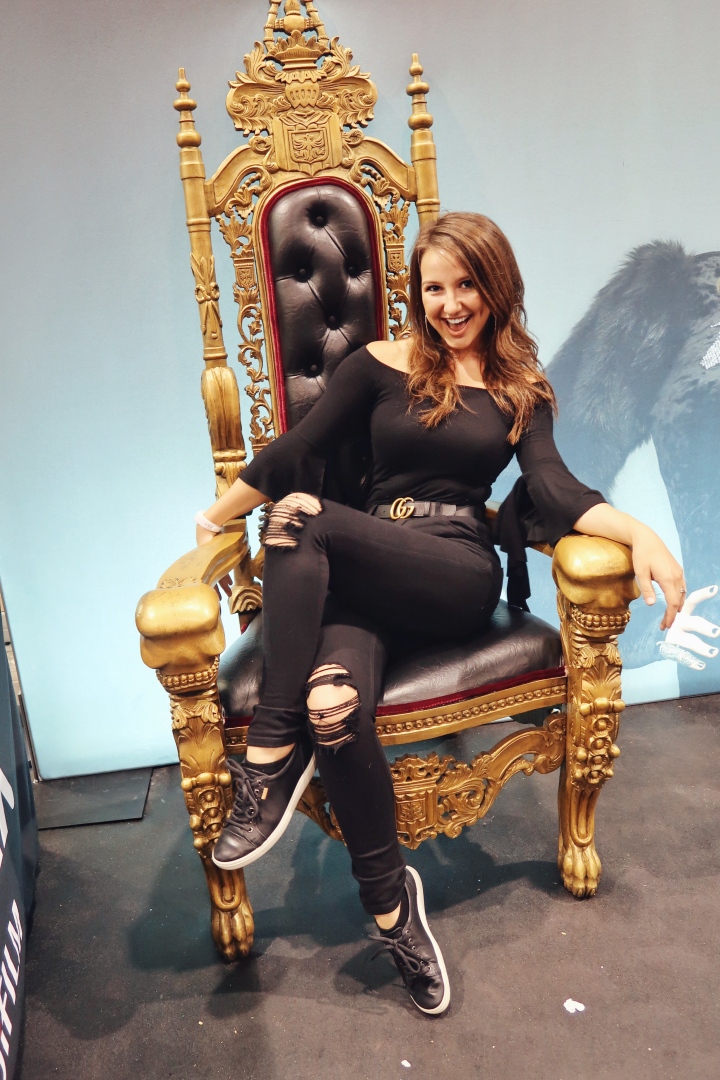 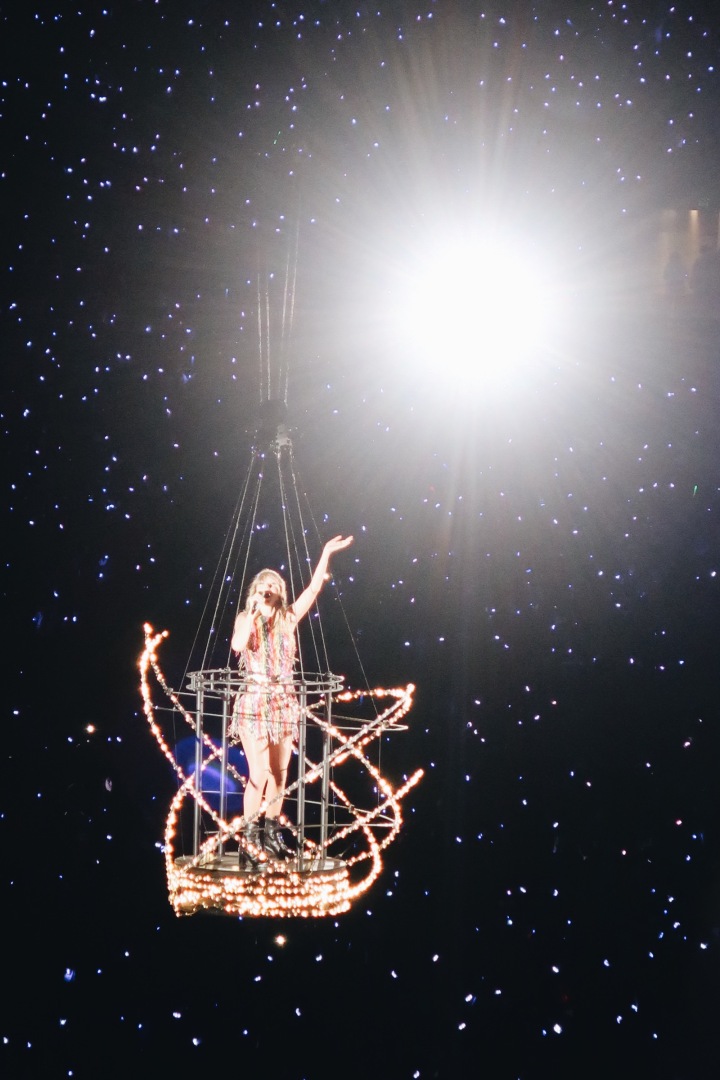 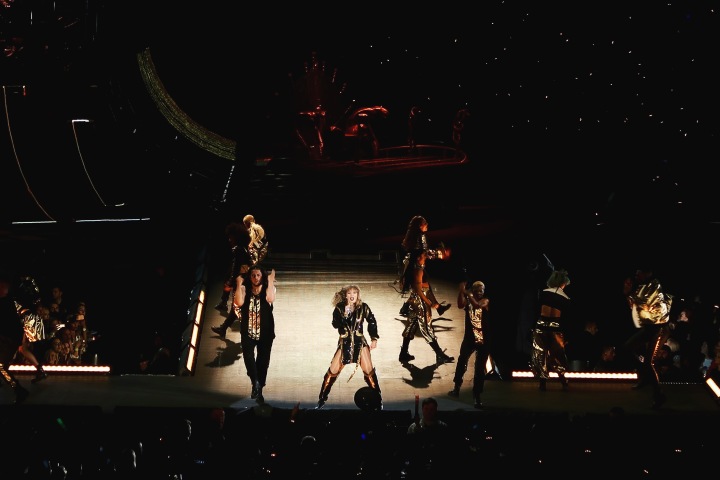 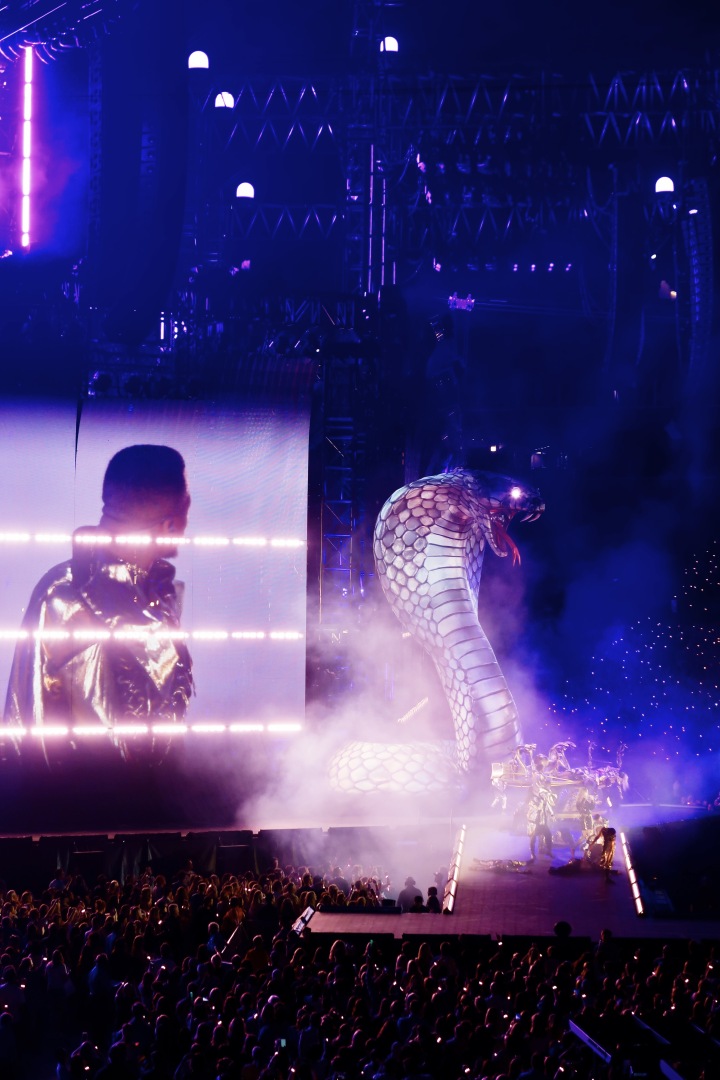 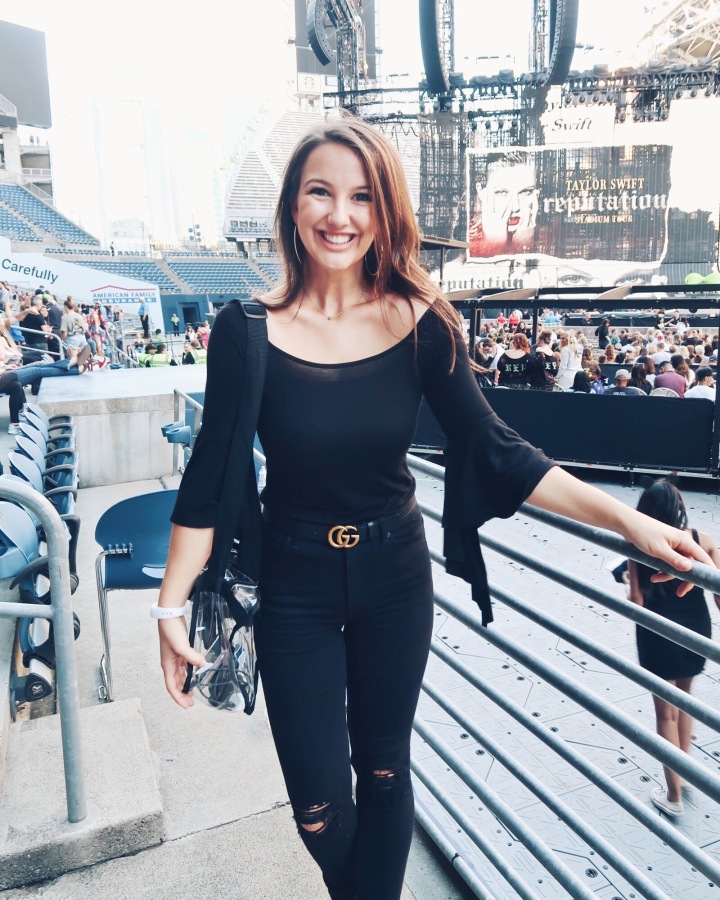 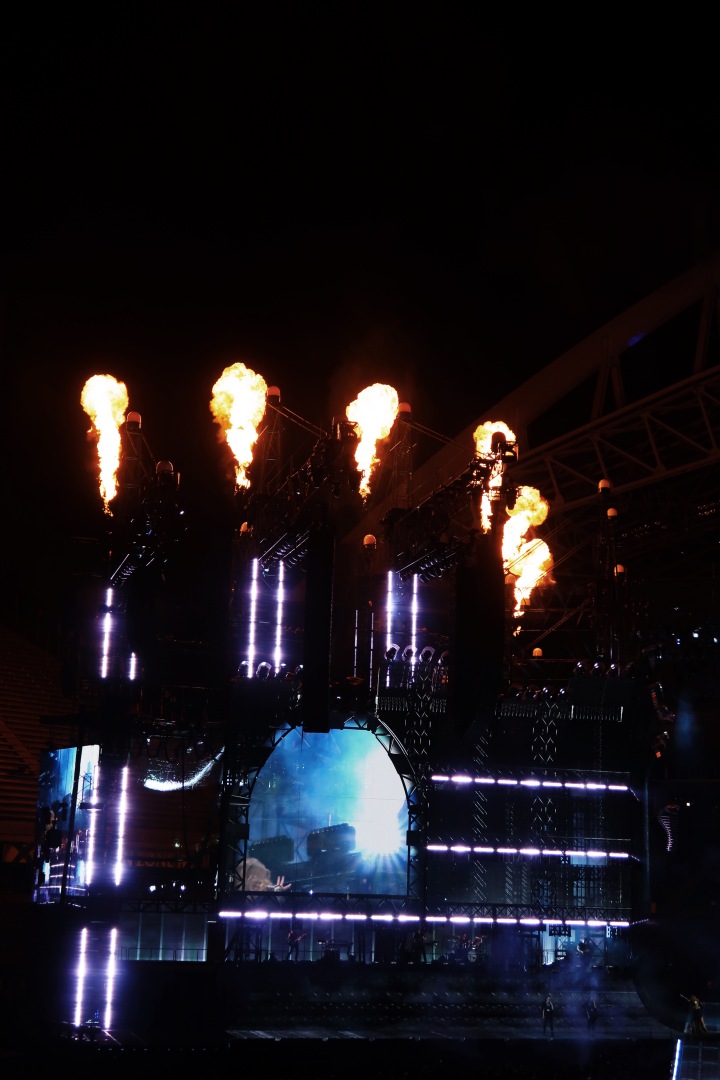 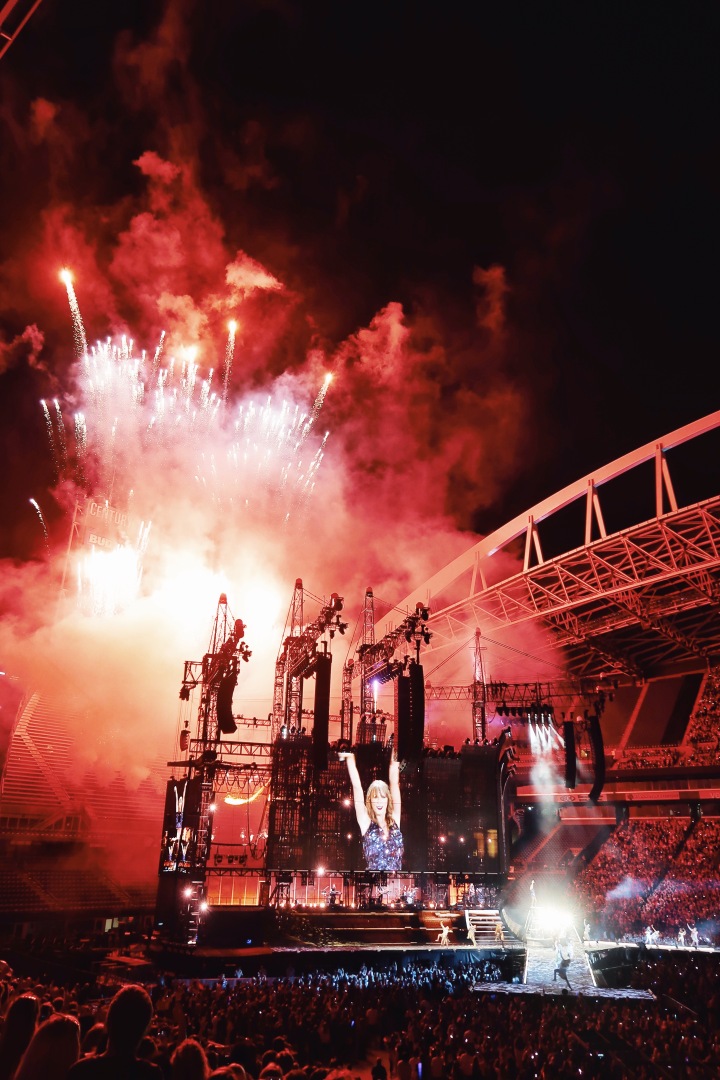 Okay, MAJOR hubby points to Alec for completely and totally surprising me with Taylor Swift tickets for her Seattle show a week before she was here! I really liked her latest album and once her tour started and looked so freaking cool, I was bummed we didn’t get tickets ahead of time! Well…as you can see in the video, Alec came through and with killer seats!

It was honestly one of the best concerts I have been to. It was SO entertaining and so high energy. And that girl was rocking the Louboutin boots the whole show so 👏🏼 I went to one of her concerts gosh like 10 years ago or something when a friend invited me and I barely even knew who she was lol. And even then, I thought it was an awesome show! BUT, your girl does NOT like snakes and clearly, T. Swizzle has branded herself with the lovely serpent and it was everyyyyywhere in the show. I was able to manage though 💁🏼 Anyways, if Taylor is still on her way to your city, I 100% recommend going to her concert. You absolutely will not regret it!!

Also, I thought it was so dang clever, but right before she came on stage and the whole shabang started, the last two songs that played were Obsessed and Bad Reputation and I just thought that was really funny!!

Caution! Infant mandrakes. Approach only with proper ear protection! 🙉⚡️📣 (Also, don’t worry, they yelled for maybe 5 seconds to capture this moment. Easiest picture to take ever lol)
My little milk monster is just here for the boo-bies 👻🍼
Baby Spice is one of the cutest pumpkins in the whole patch (tied with brother spice, obviously) 🧡 maybe I jinxed it with the shirts because these twinnies were definitely feeling extra spicy today (or maybe I just threw off our naptime schedule by forcing pumpkin patch pics), but we made the most of it and somehow got some smiling pics from them. Honestly, it’s the last one for me though 🤷🏼‍♀️
Okay okay, I know I’ve been sharing a zillion of these— I did say I couldn’t pair down my favorites…but this one is definitely already framed in our home 🥺
snuggled up together & comfy, cozy are we 🤍 just kidding, a little too soon for Christmas lyrics…BUT these little twins have been hamming it up today so we had to take the opportunity to show off some of our favorite blankets from @shophighway3 👶🏼👶🏼 these two are going to be sharing plenty of things in their lives, but these blankets are personalized just for them and are cute as can be! #highway3
Hey @chipotle, these new little boo-ritos look pretty darn cute 👻🌯